Welcome to Sahaj Ma & Utpal Fakir’s Website. We are Celebrating  20 Years of our Musical Journey.  Let’s have a look on those which we have Achieved through out this long period.

From 3 years old Sahaj Ma started her classical Talim. Her first Guru was her Mother, who taught her the Sargam when she was 5 years old. Later she went to Pandit M.R Goutam for 4 years and after to Smt. Sunanda Patnaik (Orissa) for 5 years. Sunanda Patnaik was from Vishnudigamber Gharana.

A turning came after marriage when she decided to learn and go to Folk song with her Husband Utpal Fakir, who was doing research work on Folk song. Sadhan Das Bairagya and Maki Kazumi ( Guru Ma ) are Diksha Gurus. Subal Gosai and Sanatan Das Baul were Siksha Gurus.       Read more

From long time Utpal Fakir was in search of spiritual soul of Baul and Fakir’s. In this period he wrote three Poem Books based on Baul Sadhana. In Instruments like Violin and Flute he learned from Senia Gharana. In the same time he went with Bauls and Fakirs to learn and collect their songs. He stayed with them in Akhra for long time to achieve their Sadhana.

His Diksha Guru is Sadhan Das Boiragya.  Subal Gosai and Sanatan Das Baul  were his Siksha Gurus. after Diksha he started writing his songs on Baul and Sufi his ” Akhra – Life ” with Bauls adds the original rustic touch to his compositions.

Later he become an Artist and Composer of HMV and made ‘ Folktail ‘ and ‘ Baulani ‘. ‘ Allah Meherban ‘ from ‘ Folktail ‘ was Superhit song of his and shown in MTV.       Read more

As music is everything in our life, we express our feelings through Music. These Albums proves that what we gained from our Gurus. In this albums we also have our own compositions which is written & tuned by Utpal Faqir. If any of our songs touches your heart it will give you a picture of our Life. 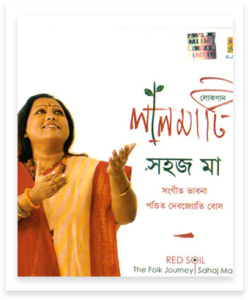 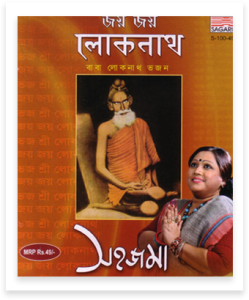 It is a long established fact that a reader will be distracted by the readable content of a page when looking at its layout.

It is a long established fact that a reader will be distracted by the readable content of a page when looking at its layout.